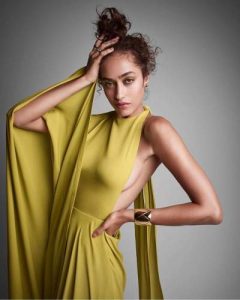 Alanna Lynn Arrington, the American model, was born in 1998 on the 18th of November. Her birthplace is Cedar Rapids of Lowa. Her elementary and middle schooling was in Erskine and McKinley School. Later she completed her 12th from Washington High School of Cedar Rapids. In her university, she used to play for the basketball team. Mother Model Management first discovered her. Two agents named Mary Clarke and Jeff found her. Soon she was contracted by Next Model Management. Before shifting to New York modeling, she worked in LA. She first appeared in the 2016 Altuzara Show. This was her debut. Soon she was seen appearing in top shows such as Etro, Louis Vuitton, Celine and Diane Von Furstenberg, and Tommy Hilfiger. Arrington is also seen working with Max Mara, Roland Mouret, Stella McCartney, Tom Ford, Alberta Ferretti, etc. Missoni, Mulberry, Balmain, Yeezy are other popular worldwide brands that she modeled for. She is in a long-term contract with the prestigious model company, Victoria’s Secret. Arrington also posed on the covers of Elle U.K. and Maxim.