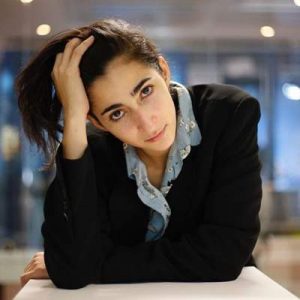 Alba Gonzalez Vila, or mostly recognized as Alba Flores, the Spanish actress, was born in 1986 on October 27th. Her birthplace is Spain. Alba, from childhood, learned to practice acting and music and instruments with a family background of music and theatrical preferences. Her father, Antonio Flores, is a composer, musician, and theatre producer at once. She debuted her on-screen film career with El Valentino in the year of 2005. Her character’s name was Amaya. Next, in 2006 she appeared as Chica in Los Managers, a film by Fernando Cuervo. Vicente Ferrer and The Memory of Water are her other notable movies of 2013 and 2015, respectively. Flores is also seen in several tv series such as El comisonario, The Time In Between, Vis a vis, Cuentamecomopaco, etc. Her notable onstage performances include the 2007 Romani production of A Midsummer Night’s Dream and the 2005 Honeymoon in Hiroshima. Flores is mostly recognized for Money Heist. Where she played Nairobi for La Casa de Papel, she is currently working in Maricon Perdido.