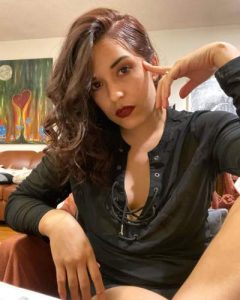 Alicia Marie Sixtos, the American actress, was born in 1988 on 27 May. Her birthplace is San Francisco, where she grew up also. She shifted to LA to start working for model agencies in the year 2005. In 2006 she debuted an on-screen film project with Quinceanera, playing Eileen May Garcia’s lead character. In the 2012 popular Marvell movie The Avengers, she acted as Carrier BridgeTechs. Her other films are Shelter, The Custom Mary, and High School in 2007, 2011, and 2010. She has appeared in several tv series such as Lincoln Heights, King of the Hill, East Los High, 90210, New Girl, The Fosters, General Hospital, Californication, Entourage and CSI: Crime Scene Investigation. She is mostly renowned for her role as Maya Martinez in East Los High, the Hulu series, and Carmen Cruz in The Fosters, the ABC series. Sixtos is married to Bex Taylor-Klaus.

Most Famous Works: East Los High, The Avengers, Californication, and The Fosters