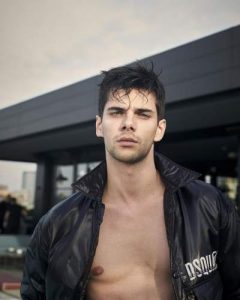 Alvaro Rico Ladera, the young Spanish actor, was born in 1996 on 13th August. He debuted as an actor with the theatre adaptation (2011) of La Celestina. Later in 2017, he was first seen on tv with a role in Medical Center. In the same year, he appeared as Nicolas in the movie Velvet Coleccion. Next, in 2018, he was cast in the series of Netflix named, Elite, as the lead character named Leopoldo Polo BenaventVillada. This series spanned for two years with three seasons and 24 episodes. He has co-starred Ester Exposito and Miguel Herran in this series. His later projects comprise El Cid in 2020, La caza. Tramuntana and Alba in 2021, in these series his character name was Nuno, Miquel Torres Bosch and JacoboEntrerrios (respectively). He is mostly recognized and rose to prominence after his performance in Elite. He was interviewed by the magazine Vanity Teen in 2021. In that interview, he talked about film and series impact on society.