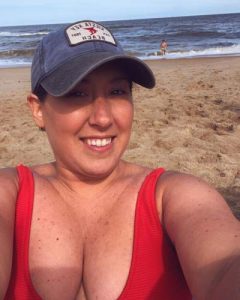 Amanda Drury, the Australian CNBC journalist, took birth in Melbourne at Victoria. She has completed her graduation from the ladies’ college of Methodist in the year 1990. Next, from Melbourne University, she did another bachelor’s degree in French, Japanese, and Fine Arts subjects. She also studied in a school of Australian Film, TV, and Radio. Her debut career as a journalist was with radio. Soon she joined tv with Bloomberg. In 2001 she started working for CNBC, primarily as The Call co-anchor, and later worked for eight years in Singapore Headquarters. Next, she got transferred to CNBC’s New Jersey Global Headquarters in 2010. Next year she co-presented the US version of The Call. In 2016, she co-presented CNBC US Power Lunch. As Best News Presenter, she reached the finals of the Asian Television Awards in the years 2008 and 2007. She also co-hosted US Street Signs.