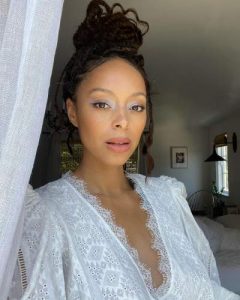 Amber Dawn Stevens West, the American actress, was born in 1986 on 7th October. She is mostly known for the ABC series Greek, where she played Ashleigh Howard. It spanned from 2007 to 2011. In 2015 she appeared as Maxine in The Carmichael Show of NBC. In Happy Together, the CBS comedy, she acted in the role of Claire Davis. Her other notable series are 90210, Criminal Minds, Grey’s Anatomy, The Hills, CSI, How I Met Your Mother, Ben, and Kate, Run the World, etc. Her debut film role was with The Fast and The Furious: Tokyo Drift as a cheerleader. In 2012 she played Ariel in The Amazing Spider-Man. Her other film credits include Jessabelle, 22 Jump Street, Love Jacked, The Kitchen, Lolirock, Public Disturbance, etc. Her current project is Carly in The Way We Weren’t, which was released in 2019.