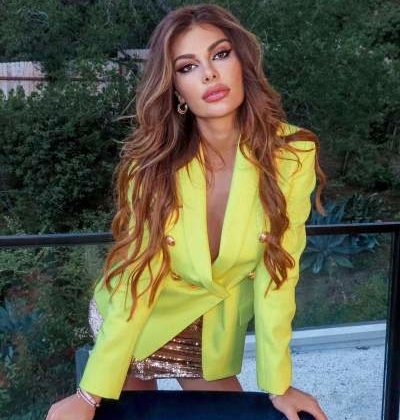 Angela Martini, the Swiss and Albanian model, was born in 1986 on the 23rd of May. She debuted her modeling career at the age of 18. The prestigious Next Model Management first contracted her. Next, she signed with Elite Model Management. Initially, she worked in the campaigns of Macy and JCPenney. She has also modeled for Esquire, Maxim, and GQ. She has walked in several fashion weeks of Mercedes Benz. Popular magazines such as Star, OK, Radar online, etc., had her as a cover model. She modeled for the Sports Illustrated Swimsuit Issue in 2008. In 2010 she appeared as a contestant in the beauty pageant, Miss Universe. She won the Miss Universe Albania scoring 8.693. She later became a life coach. She has been interviewed by several well-known magazines, such as Times of India, Women Fitness, Viva Glam, Haute Living, Paraeles, Trend Prive, Thrives Global, etc. She published a book named Love. Hope. Light. in the year 2019.

Most Famous Works: The Fusion, A Way Out