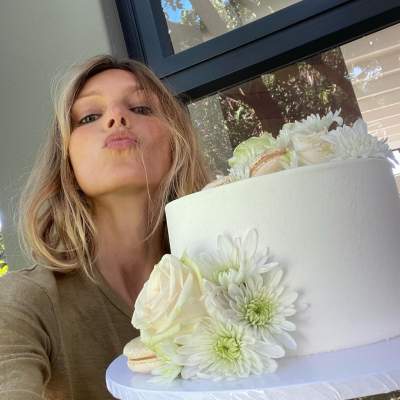 Anja Rubik, the Polish model, was born in 1983 on the 12th of June. Her birthplace is Rzeszow in Poland. She was interested in modeling from her early youth. The music of George Michael (where the 90s’ popular supermodels appeared) influenced her very much. She debuted modeling with 1999 fashion week in Paris. Next year she was contracted by Next Management. Her debut campaign was with Chloe, and she worked as a face person for Chloe for seven long years. Very soon, Style.com introduced her as a rising beauty. She appeared in several international magazines such as Chanel, Vogue, Porter, New York Times, Harper’s Bazaar, Glamour, Elle, Allure, W, etc. She modeled for several prestigious campaigns of La Perla, Marc Jacobs, Tommy Hilfiger, Ralph Lauren, Lacoste, Mango, Seven Jeans, Roberto Cavalli, Zara, etc. She has also walked in the prestigious Balmain, Gucci, Prada, Tom Ford, Fendi, Vaccarello, Alexander McQueen, Burberry, and many more.