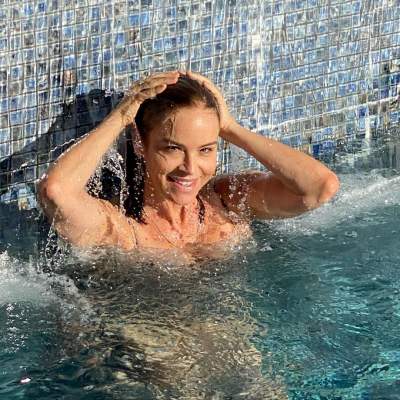 Betsy Russel was born on 6th September 1963, and she is an American actress who is primarily known for her roles in Tomboy, Private School, and in the Saw movie series as Jill Tuck. She was a primary character in Saw and appeared in numerous parts as recurring roles. She is originally from San Diego and is the daughter of a stock analyst. She gained her interest in acting at the age of eight and starting from performing at school plays. She also performed in a Pepsi commercial that she shot locally while studying in high school. After she finished schooling at Mission Bay, she shifted to LA and commenced her acting classes before giving an interview for her first role. She completed a master’s degree in spiritual psychology from the Santa Monica University and is a certified life coach and hypnotist. She made her movie debut in 1982, where she landed a role in Let’s do it. The same year, she landed roles in Family Ties, T. J. Hooker, and the Powers of Matthew Star. She was also in a sex comedy with the name Private School where she played Jordan Leigh Jensen.