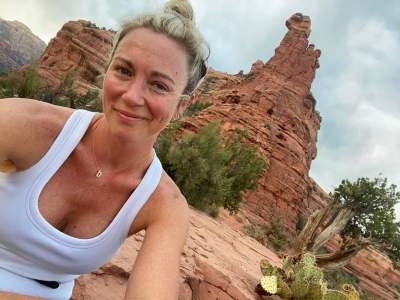 Brooke Baldwin was born on 12th July 1979, and she is an American television host, journalist, and author who has been working for CNN since 2008 and left in 2021. She has hosted the newsroom show where she was the primary host, and it was airing from 3-4 PM in the eastern time zone during weekdays. She is originally from Georgia, and she attended Westminster school. She graduated with a degree in Spanish from North Carolina University in 2001. She then went to study at the Hussman Journalism School and graduated somewhere around the early 2000s. She commenced her career with WVIR-TV in 2001, residing in Virginia, and then became an anchor at WOWK-TV during morning hours. She was working in Huntington and Charleston, living in the West Virginia area. She also decided to join the WTTG, working as a 10 PM lead report for the newscast.