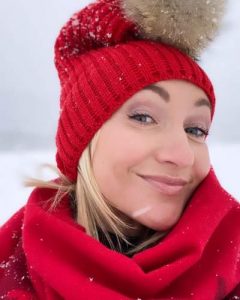 Aljona Savchenko, the german pair skater, was born in 1984 on 19th January. Her birthplace is Obukhov. She resides in Oberstdorf. She started skating under the skating club of EC Oberstdorf. Later she went to Chemnitz for training. In the beginning, she got trained by HalynaKukhar, Ingo Steuer, and Alexander Artychenko. Her later coaches are the famous Jean Francois Ballester and Alexander Konig. She debuted skating in 1989 when she was only five years old. She has skated with three partners; from 2001 to 2004, Morozov, from 2004 to 2014, she worked with Szolkowy, and lastly, from 2015 to 2018, she paired with Massot. With Szolkowy, she achieved 2 Olympic Bronze, 5 World Championships, 8 German National Championships, 4 Grand Prix Championships, and 4 Europe Championships. Later with Massot, she won Olympic, Grand Prix Final, German National, and World Championship in 2018, 2017, and 2016. Aljona and Massot are hugely celebrated pairs in the history of pair skating to break the record of 160 points in the free skate. She is married to Liam Cross. The couple shares a daughter.