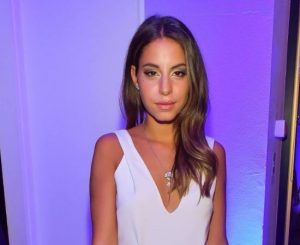 Almila Bagriacik, the German actress, was born in 1990 on 10th July. Her birthplace is Ankara. She was brought up in Berlin. She was first noticed by a modeling photographer and thus invited for an audition. This audition followed her appearance in the 2010 Berlin International Film Festival with a drama named When We Leave. Soon she got a chance as the lead character in several tv series like The Old Fox, Der Lehrer, GroBstadtrevier, Der Kriminalist, and NotrufHafenkante. Her major debut role was in Hordur in 2015. This brought her nomination of best actress by Verband der Deutschen Filnkritik. Her later appearances are in 2015 Commissioner Pasha as JaleCengiz, Bierleichen, NSU, 4 Blocks. She has also appeared in several turkish projects such as Hayat Sarkisi, Tatort, Nachtschicht, Unschuldig, Traumweiter etc. She won the best young actress from the German Actors award and best performance award from Dream Fest Cinema in 2016 and 2017 for Hordur and Vergesstmichnicht.