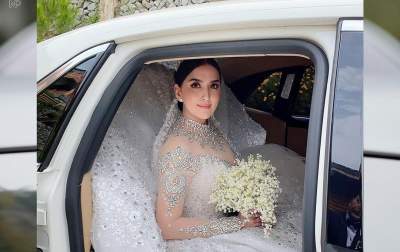 Ara Mina, born Hazel Pascual Reyes Almarinez, the Filipina singer and actress, was born in 1979 on the 9th of May. She was born and brought up in Marikina. She began her career as a model while she was 14. Her first award came along with Mano Po. Later, for Ang Huling Birhen Sa Lupa, she also received several awards. In 2004 she received Star Awards for Minsan Pa. Her debut album got released in the same year, which included hit single, Ay, Ay, Ay, Pag-I big. Her next album was Heavenly. The hit Oops Teka Lang was a single of this album. Her one song was used in Sa Sandaling Kailangan Ko Ako, the series of ABS-CBN. The next album includes the covers of Somebody, What Do We Mean to Each Other, Very Special Love, etc. Her tv series include Bubble Gang, Dear Uge, Traders, Teen Gen, P.S. I Love You, Ilumina, Lupin, That’s Entertainment, etc. Her major film credits include Fantastic Man, Girlfriend for Hire, Unforgettable, Shake, Rattle and Roll 13, Tumbok, etc.