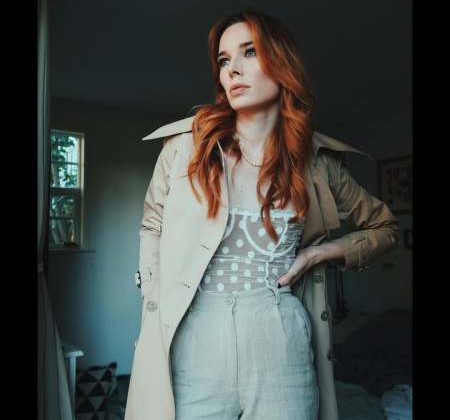 Chole Dykstra was born on 15th September 1988, and she is an American model, actress, and cosplayer. She has co-hosted and produced a web series named Just Cos for YouTube with Nerdist Industries channel. She is also a cast member of Heroes of Cosplay that was airing on Syfy. She has been a game journalist as a freelancer for several websites around the global internet. She has also detailed a former abuse from her former partner named Chris Hardwick that she posted on Medium and the post got significant attention online. She is originally from California, and her father was a special effects artist. She was an avid cosplayer and played for several prominent characters from Skyrim, Portal, Bioshock, Minecraft, and other movie characters. She made an appearance in Spider-Man 2, a 2004 movie acting as a train passenger, and then did a significant role in a film named Diminuendo.

Most Famous Works: The End is Here, Good Bellas, Off!: Holier Than Thou, BoJack Horseman, Fungeons& Flagons, Truly Outrageous, Diminuendo, House of Demons, Pitch Off with Doug Benson, Jem Reacts to the New Jem, and the Holograms Trailer, The League of S.T.E.A.M., Wrestling Isn’t Wrestling, Pen & Paper & Laser Guns, etc.