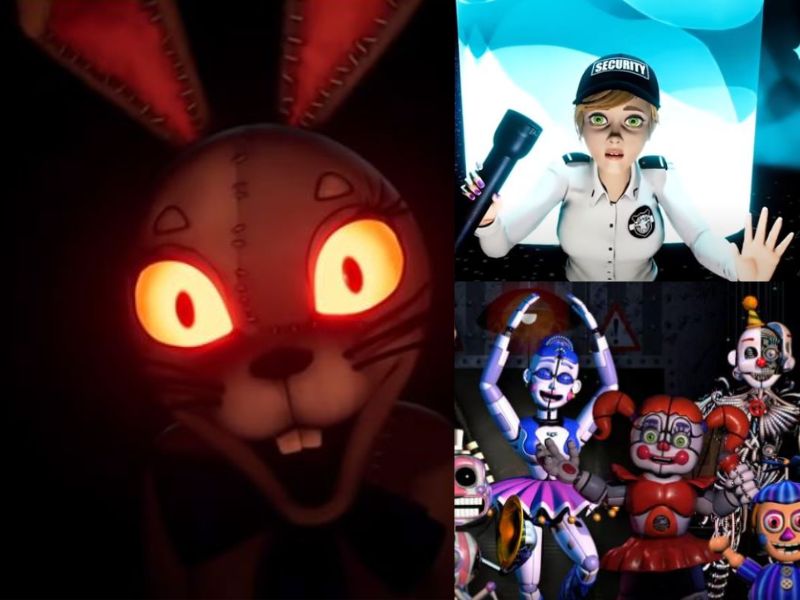 There is a lot of confusion among Five Nights at Freddy’s fans over who Vanny is and whether or not she is Vanessa due to the highly intriguing tale and mythology found in FNAF Security Breach. The final chapter of Five Nights at Freddy’s, developed by Steel Wool, differs from previous games in the series in terms of gameplay, although it still follows the established storyline. This has led to a complex story, with several fan hypotheses on the internet. The white bunny’s true identity is a mystery, but the game’s primary enemy is still the bear who started the Fazbear pizza company.

Who is Vanessa in the FNAF security breach?

The character Vanny is the source of much controversy among gamers. First of all, it’s not entirely clear whether Vanny and Vanessa are two separate persons or the same. So, the short answer is that, yes, they do represent unique players. In Five Nights at Freddy’s: The Security Breach, Vanessa is a security guard. She’s shown to be a very supportive character that helps Gregory throughout the game. It’s no surprise that Vanessa is so well-liked; she’s kind to all the animatronics in the game, which is much appreciated.

What happened to Vanny Vannessa in FNAF?

Vanny’s identity as Vanessa in FNAF Security Breach is unconfirmed due to the situation’s complexity. Inside the rabbit costume is a lady with blonde hair who looks a lot like Vanessa. One of the Five Nights at Freddy’s conclusions, though, hints that, once again, not all is as it appears. When Freddy and Vanny finally take off their masks, they tumble from the top of the flaming pizzaplex. When Gregory takes the mask off the rabbit, it reveals Vanessa. After the credits roll, however, Vanessa, the security guard, can be seen standing atop the flaming pizzaplex and staring down. The game’s heroic conclusion saves a blonde lady from Vanny and Glitchtrap. However, she is not dressed in the standard security uniform; instead, she is wearing a purple coat, which may strengthen the impression that she is not the guard on duty.

An Explanation of the “Vanessa Jumpscare” Meme

In Five Nights at Freddy’s: Security Breach, the player is caught by security guard Vanessa, who suddenly fills the whole screen, inspiring the jumpscare parody White Woman Jumpscare. “White Woman Jumpscare” is the name given to a parody of this scenario based on the X Jumpscare format. On the 18th of December, 2021, a person on Twitter with the name @FunnyRatPoppy shared a GIF of Vanessa’s jump scare with the caption White lady jumpscare.

The GIF received over 7,000 retweets and 31,000 likes. As the GIF gained popularity, memes emerged in which a different figure was used for the fright. On December 23, 2021, a Twitter user created a spoof of the scenario using a Warioware figure, which quickly accumulated over 1,800 retweets and 14,000 likes. On December 21st, a user shared time-sensitive artwork, which received over 68,000 likes and 10,000 retweets.