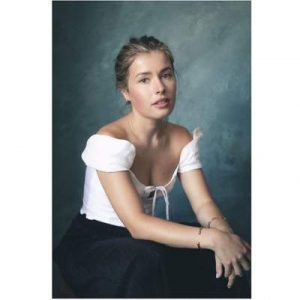 Aimee Kelly, the renowned British actress, is mostly recognized for her prime role in Sket. This was her debut film that brought her nomination of London Film Festival’s Best British Newcomer and worldwide recognition at the same time. She debuted her career at the age of 16 after being selected in the audition of E4’s Skins’ character of Minnie McGuinness. In this project, she got cast as Freya Mavor. Soon after this work, Kelly was contracted for Sket by Jane Ripley. In Sket, she plays Kayla Richards. Next, in 2013 she appeared in Wolfblood, a CBBC show playing the character of Maddy Smith. This project brought her nomination of the British Academy Children’s Award for best performer. Her guest-starred in Call, the Midwife. While acting in Wolfblood, she paused her career and went to pursue her study.