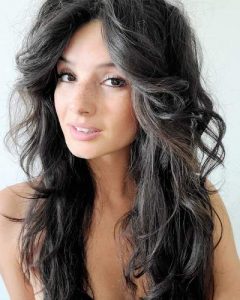 Alice Hannah MeiquiGreczyn, the American actress, was born in 1986 on February 6th. She debuted in entering the industry with the film, Sleepover. Next, she was seen in Quintuplets, the comedy show on Fox. Her other series appearances include Windfall- a short-spanned series, the ABC series The Lying Game, and Make It or Break It. In 2004 she acted in Fat Albert. Next year she was seen in another film, The Dukes of Hazzard. Later in the year of 2007, she worked in the horror thrillers Shrooms and House of Fears. In the same year, she was also seen in the comedy project Sex Drive and Exit Speed, an action thriller. In Exit Speed, she co-starred Fred Ward. Apart from being an actress, she also works as a model. She worked for Victoria Beckham’s eyewear line and denim in the year of 2011. Greczyn’s other series appearances include Privileged, Major Crimes, CSI: Miami, The Young and the Restless, Phil of the Future, etc.

Most Famous Works: Sex Drive, Shrooms, The Dukes of Hazzard, House of Fears, The Lying Game